The Belmont Stakes, the final and most demanding leg of the Triple Crown, is named after August Belmont who had been a leading banker and racing man of the 19th century. He was also the first President of the Jockey Club in 1867. In 1869, August Belmont took first and second money with his own Fenian and Glenelg.

Secretariat’s 31-length victory in the 1973 Belmont Stakes established the world record for a mile and a half on dirt at 2:24 and will forever be engraved into our memories. With his win in the Belmont, he became the ninth horse to capture the Triple Crown. Seattle Slew took the title in 1977 with Jean Cruguet. 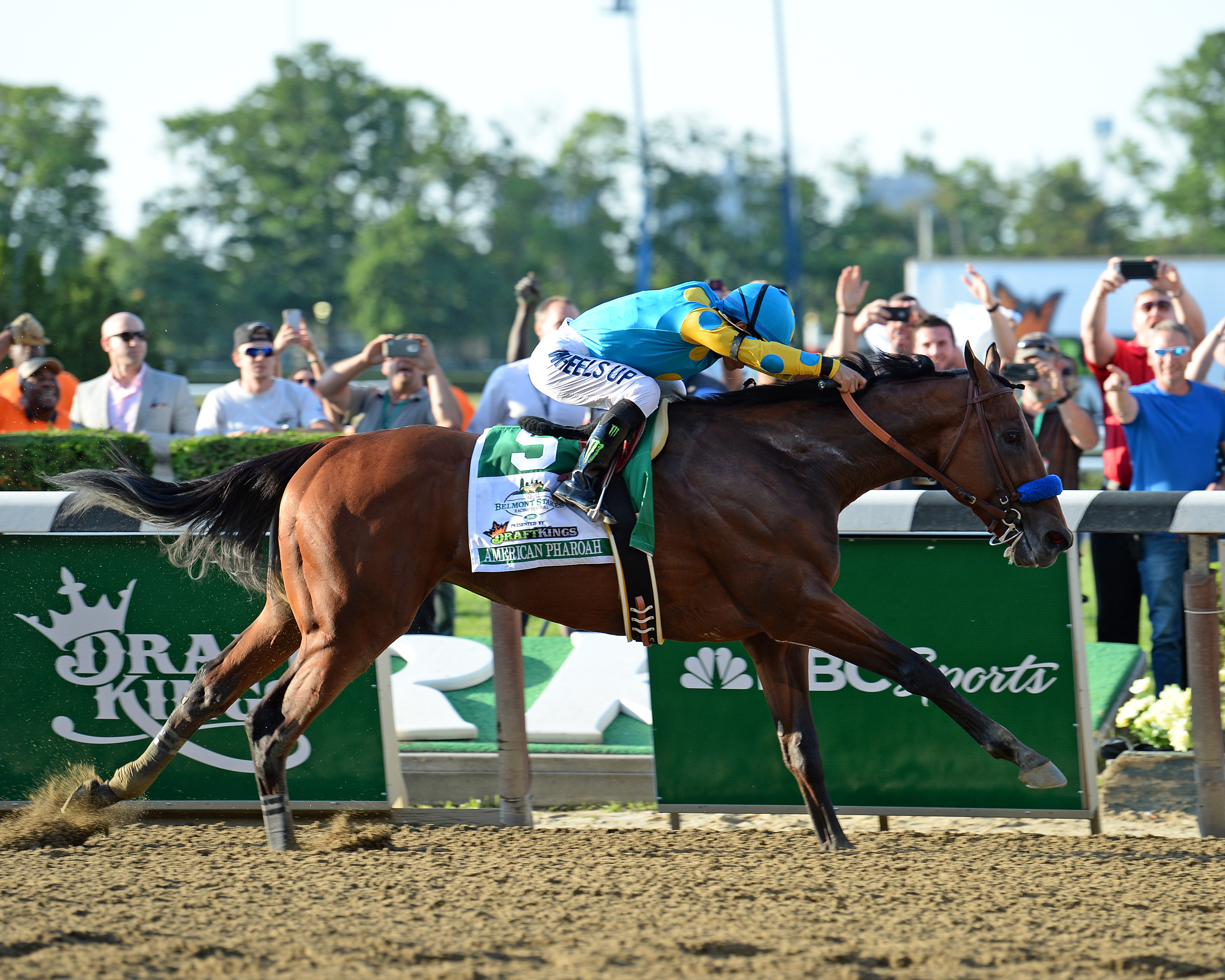 Then in 2015, along came American Pharoah. Owned by Zayat Stables, LLC ridden by Victor Espinoza and trained by Bob Baffert who had been previously denied not once, but twice of Triple Crown glory with Silver Charm and Real Quiet. Victor Espinoza experienced heartache as well in the Belmont Stakes in 2014 when California Chrome failed to take the third jewel of the crown.

In front of a capped crowd of 90,000, the field of eight headlined by American Pharoah, loaded into the gate. Everyone from the fans to staff to the Zayat family held their breath as the gates flew open. American Pharoah broke and went right to the lead at the first turn. Coming into the home stretch the crowd increasingly grew louder and louder cheering on the soon to be 12th Triple Crown Champion. Victor Espinoza opened him up as he made his “run for glory.” He glided across the finish line at a 5 ½ length victory and with a time of 2:26.65. It was the fastest Belmont stakes since Point Given in 2001 and the second fastest to Triple Crown winner, Secretariat. The crowed erupted in euphoria, the 37-year wait was finally over. Tears, laughing, and cheering amongst a most grateful Belmont crowd will be remembered for years to come.

More About the Belmont Stakes

Gambling Problems? The New York Racing Association encourages responsible wagering. If gambling is a problem for you or someone you care about, help is available 24 hours a day. Scan here to talk with someone now about your gambling. Or call toll-free 1-877-8-HOPE-NY.

Send us your feedback | Sponsorship Opportunities